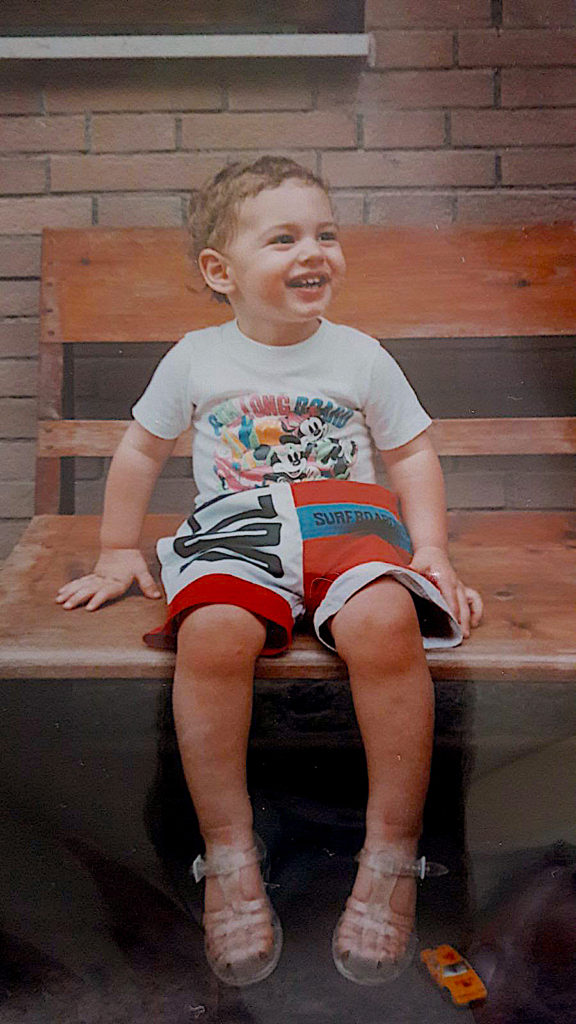 It is known that the sooner children are exposed to different languages, the easier it is for them to learn to speak them effortlessly.
When our first born arrived, my English was not the best, yet, and my Italian husband, raised by an American mother, and having already lived in the US through college and a couple of years of work, seemed to have forgotten some of the correct Italian grammar, like the conjugation of some irregular verbs. No! No!
So, we decided that he would speak English to the baby, and I Italian.
Little did we know, the little fellow started to speak using both languages at the same time.
When he wanted to be picked up, he would say, ‘su-su-up’, raising his arms towards us; to be put back down, he would squirm and voice, ’giu’-giu’-down’. If he wanted to go back home, we would hear, ‘casa-home’; to call our attention to something, he would point and exclaim, ‘barca-boat’, or ‘cavallo-horse’. Several times we wondered how messy it would be when he started to talk full sentences. To our enormous surprise, words, eventually, fell into place in the right language, which was a big sigh of relief! Children are mysteriously clever from day one!
For some reason, some words in Italian were spoken with a strong English accent. So, when in Italy, at the beach, he wanted to explain to his Nonno that his toy car was broken, he would say something like, ‘macchina tuttho rrrrottho’, instead of ‘la macchina e’ tutta rotta’. It sounded like the heavy roaring of a little lion, with an aspirated aitch where ever he could place it. Comical! What goes around comes around, and soon enough, it was the children, when they mastered both languages as their mother tongue, who made fun of some of their Italian mother’s English pronunciations since my accent has never totally left me. Thankfully, less judgmental souls think that my English is charming. Thank you!
Anyway, our first little rascal was a might to be reckoned with, a firework of, what seemed to be, endless energy. When he wasn’t physically active, his little brain was working full throttle (this was alarming!), and he would plunge in all kind of odd situations.
Once, my mom and I were looking for him for a while, and he wouldn’t answer to our calls. When we finally found him, in a corner, to the back of the house nobody went to, he was sitting on a step, following with his index finger, and squashing, a line of ants. When asked what he was doing, he answered, with a proud smile…‘ant jam!’ We had not realized that he was actually eating the little critters. Well, organic protein, he wasn’t going to die…
Thankfully, there was never a problem feeding him more orthodox food. One of the meals nonna would prepare during the summer was ‘zucchini ripieni’, or ‘stuffed zucchini’; a complete meal, simple and healthy, that our busy chap loved and devoured, to replenish his energies… SOB!

Here is a recipe of the zucchini ripieni my kids, and we, still love.

what to do:
Half the zucchini and extract the pulp with a teaspoon,
making sure not to break the shell, and leaving 1/8 of an inch thickness.
Quickly parboil the emptied shell in salted boiling water, then drain them.
In a pan, brown the chopped parsley, onion and garlic with the raw and grated zucchini’s filling.
Add the chopped meat and ham and cook for about 10 minutes.
Pour into a bowl and add some bread crumbs, a beaten egg, and salt.
Knead all together to reach a soft mixture. If too dense, add a bit of milk.
Fill the zucchini with the mixture and lay them on a baking tray, greased with olive oil.
Spread the tomato sauce over the zucchini and sprinkle the Parmesan cheese.
Put in a pre-heated oven for about 50-60 minutes,
depending on the zucchini’s size, at 350 degrees.
To know when to take the zucchini out of the oven,
insert a tooth pick into the mixture, if it comes out clean, your meal is ready.
Let cool a bit and ENJOY! Your kids will too!